Creative Edge Food Ltd exhibited for the first time at Fine Food NZ in 2016, and after gathering 385 leads at the show and experiencing 20% growth since then, the company has already re-booked their stand for 2018.

Creative Edge Food is a boutique, Auckland-based commercial bakery established in 1983 and bought by Shane Tinker and Jenn Elliot in 2013.

“When we bought the company in 2013 it had only 18 staff. Since then we’ve built it up to 28 staff, including five apprentices,” says Owner and Director Jenn Elliot.

The company specialises in making handcrafted cakes and bakery items for the upper-middle end of the market, supplying products for large franchises, major airlines, restaurants, hotels, caterers, and corporate clients.

“When we took it over, the marketing was old and it needed some fresh air. We came in and streamlined all the processes and we took the marketing into the 21st century. It wasn’t that it was broken; it was more about getting the brand out there.”

Shane and Jenn attended Fine Food NZ 2014 as a visitor to “suss out” what their competitors were doing and see for themselves if the show had merit. Right away, they started making a plan to exhibit at the next show.

Fast-forward to 2016, Shane and Jenn with their team hit the ground running with some serious preparation to ensure they got the best out of exhibiting at Fine Food NZ. They downloaded the exhibitor checklist from the North Port Events website and attended the exhibitor training seminar. They gathered all the information they could. 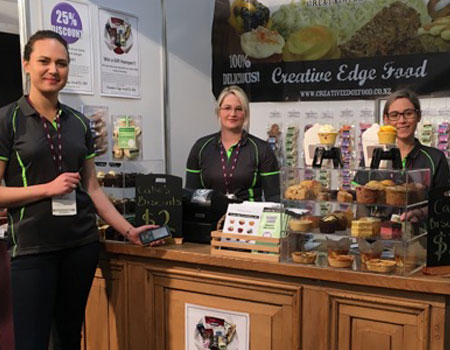 “We did a lot of prep – a lot! In the end we bought a 2m x 2m stand because it was the smallest and cheapest – it was all we could afford in our marketing budget! But we made sure it was in the best location and because we had the smallest stand at the show we were determined to maximise it,” Jenn says.

The team cleared an area in their office, marked out a 2m x 2m space with masking tape on the floor, and made a mock up of what their stand would look like.

“We added in our little tables so our staff could have somewhere to talk to customers.” That was in the checklist – thinking about where your customers are going to stand. Do you want them in your stand or walking around it? "

“Then we had this big wooden counter top that had two display cases on it: one for our sale products and the other with our full range. We put the full range on the right-hand side of our stand because we really thought hard about how our customers were going to walk around us and how we were going to talk to the customers.”

Jenn also took heed of emails from Fine Food NZ Event Manager, Lorraine Smith about tools that various companies were providing for the show. She got great deals on carpet and an internet connection for her stand, and also heard for the first time about electronic visitor tracking systems.

“The tracking devices saved us so much time and enabled us to gather so many more leads, we will never go back to pen and paper lead tracking” says Jenn.

“I remember when we went to Fine Food NZ 2014 I had to write my name down a heap of times at people’s stands and it drove me nuts. So we really thought about our customers and how much time they have and how long they are going to stand there while they listen to us.”

“A lot of the time you don’t really have much time with customers. So we hired a tracker and when we handed it in at the end they told us the average number of leads was 85. We got 385.”

At Lorraine’s suggestion, Jenn offered her existing customers a discount if they placed their order at the stand during the three days of the show and all customers got a chance to win a gift basket if they scanned their details into the tracker.

To defray and recover some costs and keep freeloading to a minimum, they mostly sold product rather than giving away free samples.

“We had a retail range with our branding all over it that we had launched about six months before Fine Food, so there was something for customers to buy and it familiarised people with our brand. We didn’t give away free samples unless it was a customer we thought was worth with it, rather than just letting everybody clear us out.”

Their experience during the show was outstanding: “We got a ton of leads and a lot of publicity and we got to meet a lot of our existing customers. We got to meet new and potential customers, which was great.”

But a lot more benefits – and work – came after the show. With our sales rep on board, Creative Edge Food quickly followed up with the 385 leads they gathered at the show.

“After the show we sent out a mass email to every single one of them using Mail Chimp to say it was great to meet them at Fine Food NZ and that someone would be in touch in the next week. Then we exported all our leads onto a spreadsheet and we worked every single one of them. During the show we had coded the important ones to ensure we could come back to them fast. There was not one that she didn’t go back to.”

All that hard work has now really paid off with a 20% jump in sales since the show and big new clients  coming on board.

Jenn says the key success factors in her Fine Food NZ experience were preparation, planning, using the checklist to ensure they covered everything and follow up.

“Our stand shows that you don’t have to spend oodles of money to do something effectively so long as you have the right tools and you think about what you’re doing.” 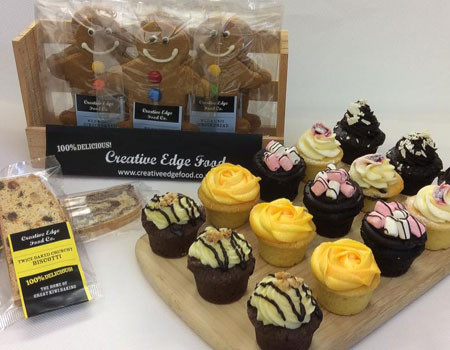 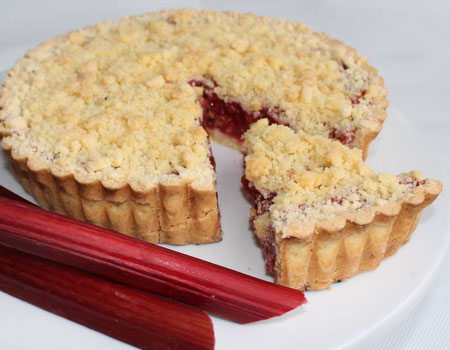